The secret side of Loch Ness

John Hedger (who runs 4 Star GOLD Pottery House B&B and is also a committee member of the South Loch Ness Tourist Group) shares his secrets of the hidden side of the loch.

Many people visit the area every year but most don't realise there is a secret side to Loch Ness away from the busy trunk road and the tourist traps. There are rivers, waterfalls, mountains, woodlands, walking trails and wildlife, plus most of the best viewpoints of the Loch. 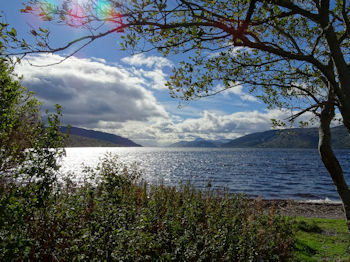 Driving south from Inverness the first village, Dores, is the gateway to South Loch Ness. Its pebble beach offers some of the best, most iconic views of Loch Ness and here you'll also meet Steve Feltham, AKA Nessie Hunter. Steve has been living on Dores beach in his caravan since 1991 watching for the elusive monster. Has he seen it? Well, you'll just have to stop by and ask him!

Drive along the side of Loch Ness from Dores and you'll reach Inverfarigaig which is a great starting point for many trails and paths up into the hills and along Loch Ness to the next village, Foyers. If you just fancy a short walk, just make your way to the small bench on the hillside, sit and enjoy the majestic views across Loch Ness.
A couple of miles further on, the village of Foyers is where you can visit the famous Falls Of Foyers, written about in a poem by the famous Scottish poet Robert Burns.
A well maintained (but steep) path leads to the 2 viewing points to see the spectacular 140ft falls. Pretty most of the year, but after heavy rains the thundering waters can be heard from the road and you'll need a waterproof as clouds of spray blow up from the bottom of the Falls. 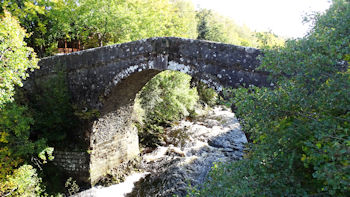 After Foyers the road leaves Loch Ness and heads towards the Monadhliath mountains along General Wade's Military road. Wade's Bridge at Whitebridge was built in 1732 to carry that road and although no longer used can be seen from the new road bridge over the River Fechlin.

After Whitebridge the road climbs to its highest road point around Loch Ness at Suidhe Viewpoint. From here on a clear day you can see all the way to Inverness in the north and Ben Nevis to the south. Part of the South Loch Ness Trail runs here and you can follow it to the top of the hill, just 20 minutes or so walk from the car parking area.

After Suidhe Viewpoint the road starts its long decent into Fort Augustus at the south end of Loch Ness but before that it circles the beautiful Loch Tarff. In winter the waters are frequently frozen as far as the eye can see, in late summer the surrounding hills are purple with heather and in the Autumn when the leaves are golden the bellowing deer can be heard rutting in the hills. A hidden gem!

And finally the road reaches Loch Ness again and the town of Fort Augustus where the Caledonian Canal joins the Loch. The canal locks run right through the village centre lined with shops and cafes. You can sit and watch the yachts and other boats going up and down the locks, or take a boat trip on Loch Ness itself. 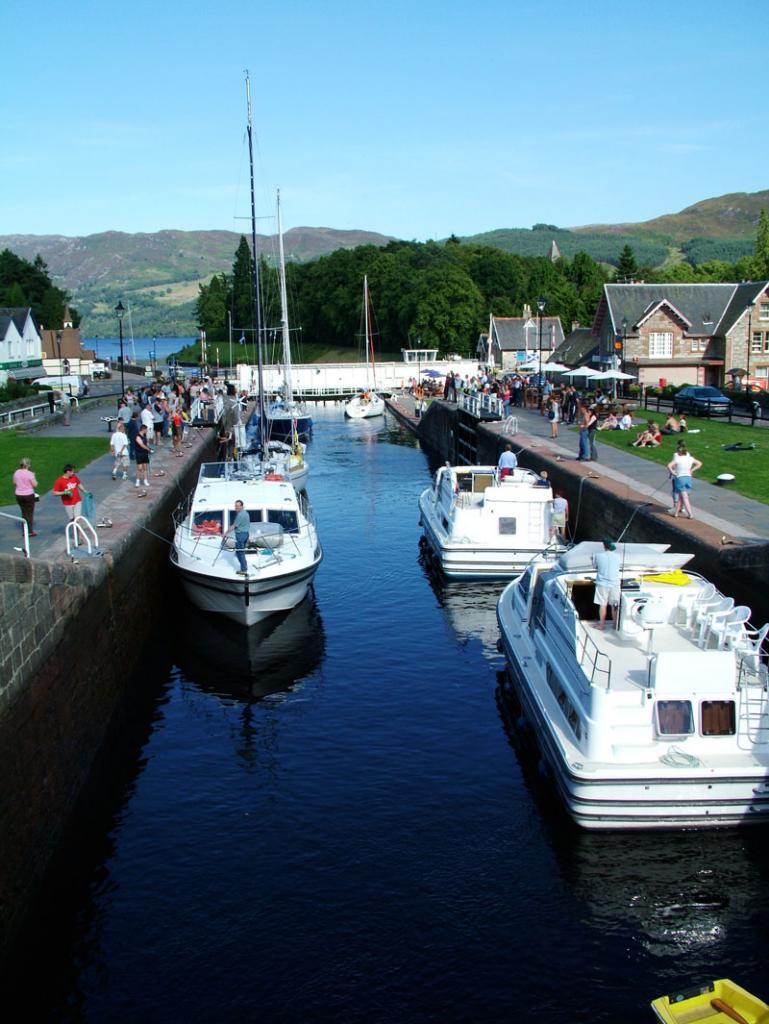 The South Loch Ness Trail covers the 36 miles / 58 km between Fort Augustus and Torbreck (near Inverness) via Whitebridge, Foyers, Inverfarigaig and Dores. It can be easily walked in 2 days. From summer 2019, the new Loch Ness 360 will be fully open and this allows for a complete circular route around the loch (81 miles/130 km in total) starting from Inverness and including the South Loch Ness Trail.

Keep your eyes peeled for deer, goats, red squirrels and pine marten, not to mention Nessie of course. There's also a wide variety of birds in the area thanks to the habitat of lochs, woodlands and moorland.

To stay in this area, you can use the map below or visit the Highlands page on our website listing Scotland's Best B&Bs around Loch Ness and Inverness.

Why not combine your visit to Loch Ness with a tour of the North Coast 500 or visit some of the Outlander filming locations?