Just 20 miles from Edinburgh, The Royal Burgh of Linlithgow retains much of its character and charm dating from medieval times. The town and its Palace were known as the pleasure grounds of Scottish Royals for centuries. Originally started in 1424 by James I of Scotland, the Palace went on to be the birthplace of James V and Mary Queen of Scots.

These magnificent ruins are now in the care of Historic Scotland. Jousting, ceilidh dancing and ghost walks are just some of the regular events here. Outlander fans will recognise Linlithgow Palace as Wentworth Prison in the TV series. It was also filmed in the movie 'The Outlaw King' about Robert the Bruce. The palace sits by the loch which was all part of the historic royal park and is now a haven for wildlife.

Linlithgow was renowned for its wells and the striking Cross Well in the town centre is covered by a fountain shaped like an imperial crown. St Michael’s Parish Church (where Mary, Queen of Scots was baptised) dates back to medieval times and now has an eye-catching spire which replaced the old stone crown.

Linlithgow also sits on the Union Canal and you can take a canal boat trip crossing the Avon Aquaduct which is the longest and tallest in Scotland, and the second longest in Britain.

Beecraigs Country Park (913 acres / 370 hectares) in the nearby Bathgate Hills is another wonderful place to explore with miles of crisscrossing woodland paths and the Animal Centre where you can see Red Deer, Highland Cattle, Belted Galloways and Hebridean and North Ronaldsay Sheep. It is nestled high in the Bathgate Hills near the historic town of Linlithgow. Beecraigs is open throughout the year and admission is free. The Park also offers mountain bike trails, an adventure play area and Visitor Centre.

With its excellent rail connections to Edinburgh, Stirling, Perth, Falkirk and Glasgow, Linlithgow is a convenient base for exploring Central Scotland.
Annual events in the town usually include the Linlithgow Civic Festival and Marches (June) and the Linlithgow Folk Festival (September).
Just 4 miles away is the village of Blackness which was the seaport that served Linlithgow in medieval times. Today you can visit Blackness Castle which stands beside the Firth of Forth, and was built in the 15th century by the Crichtons - one of Scotland’s most powerful families. In the Outlander TV series, the castle represents Fort William. Also nearby is Midhope Castle which was 'Lallybroch' in Outlander.

Parkhead House
This 4 Star former gamekeeper's cottage sits on the edge of the deer park near Hopetoun House, and offers direct access to over 600 acres of open countryside right on the doorstep. Built around 1720, Parkhead House is an idyllic country retreat in an historic setting, close to many 'Outlander' filming locations (your host can offer guided tours). Choice of 2 self-contained suites each with its own private sitting room and breakfast table: a ground floor suite with ensuite double/twin bedroom overlooking the garden, plus an upstairs suite for families with 1 double bedroom and 1 twin bedroom (both with ensuite bathroom). Full Scottish breakfast. It's only 13 miles from Edinburgh city centre and 8 miles from Linlithgow Palace. The proximity of the Queensferry Crossing means Parkhead House is within easy driving distance of Stirling, Perth, Falkirk, St Andrews, Dundee, etc. This B&B is also located right on two great long distance walks: The John Muir Way, and the Walk of St Andrews. Dogs welcome. BOOK NOW 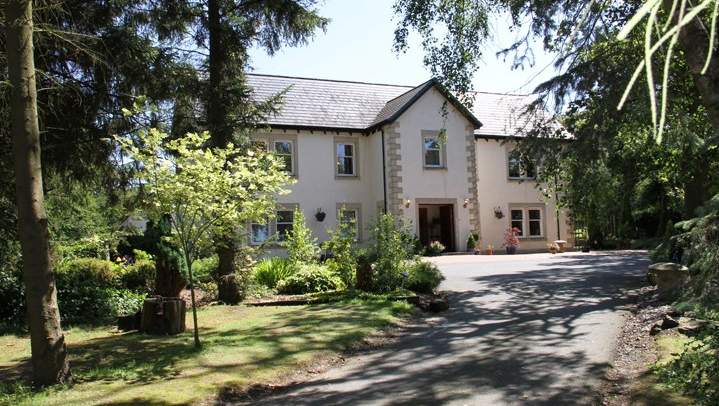 Arden Country House
This 5 Star GOLD Country House sits in the grounds of a 100-acre estate, just 2 miles from the historic town of Linlithgow. Only 20 minutes from Edinburgh Airport. An ideal base for exploring the Central Belt with Linlithgow Palace and Outlander locations close by. This peaceful rural retreat has 3 ensuite luxury bedrooms (one on the ground floor). Your hostess is previous winner of the Friendliest Landlady award and can offer afternoon tea with home baking on arrival. Extensive breakfast menu. BOOK NOW

Scotland's Best B&Bs in nearby Edinburgh:

Read more about Edinburgh and the Lothians